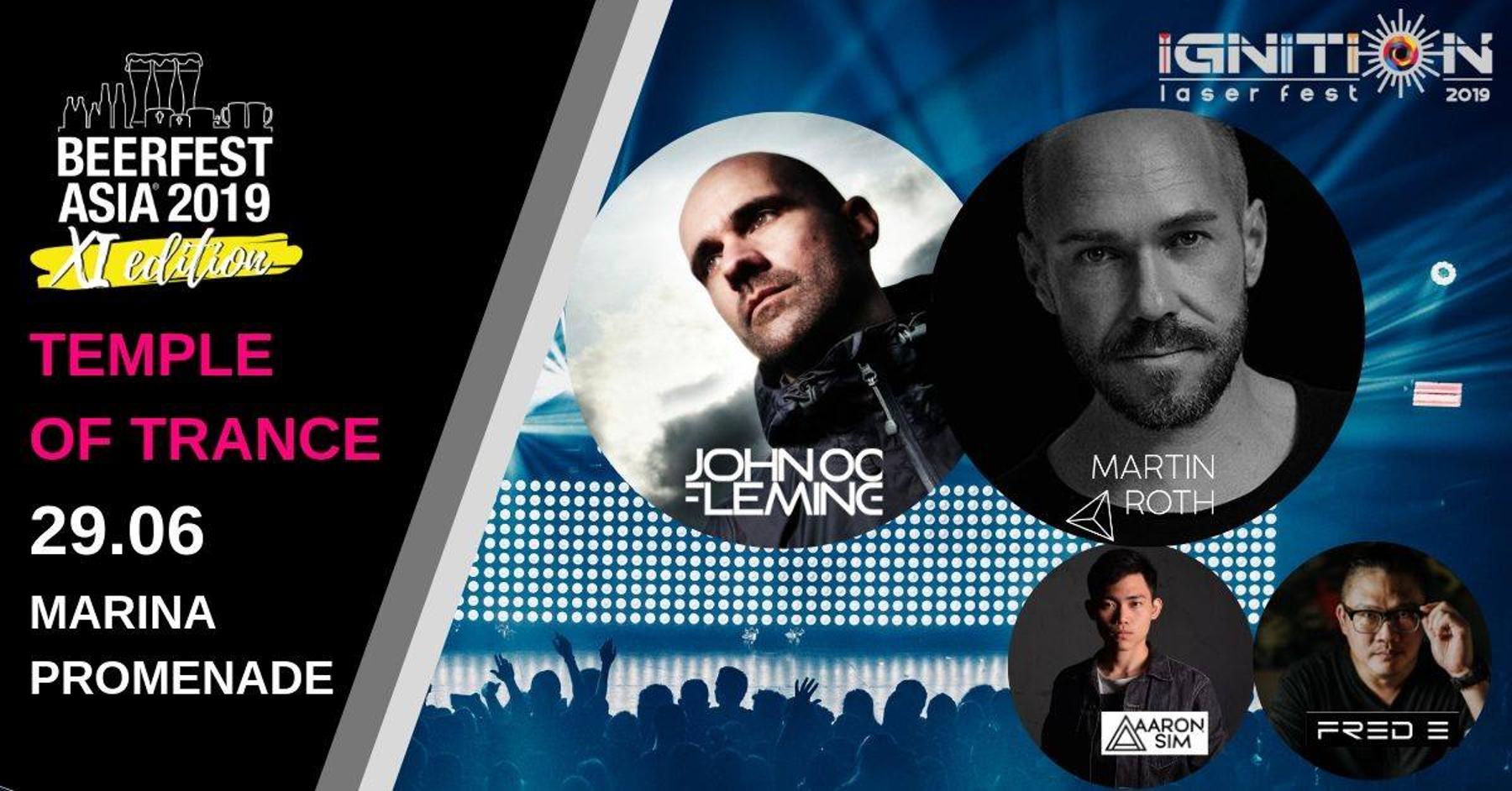 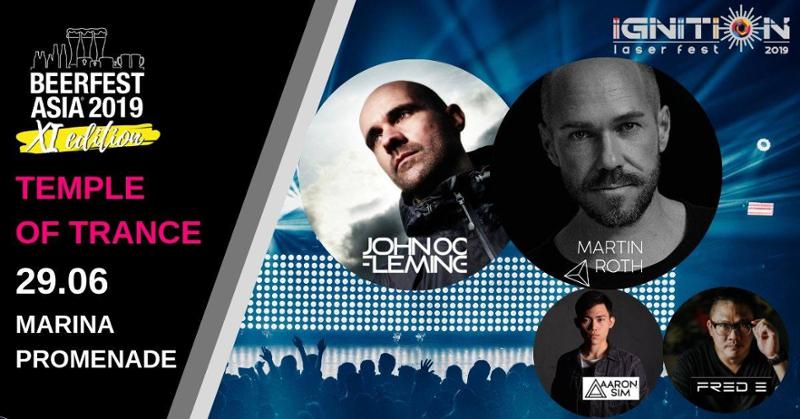 John 00 Fleming, a pioneer in the DJ scene, whose music will artfully open your senses into a genre far more pervasive than you currently know. Being a classically trained pianist, the multi-talented Martin Roth spins music with lots of depth and textured groove.

Supporting the night wil be our own local Trance stalwarts Fred E and Aaron Sim.

Challenge yourself and get intelligently immersed inside their adventurous odysseys.

Accompanied by the visual aural extravaganza created with industry-leading lasers, lights and video mapping, by world-renown productions. Designed to fit every beat of the music, “Ignition” promises a full-fledged sensory experience with its programming prowess, alongside with the great entertainment lineup to wow your senses!

About John 00 Fleming:
John 00 Fleming is an artist who has achieved international success in a career spanning over 30 years without dishonouring his musical essence or fans. With over 10 million album sales and 30 produced mix compilations, John’s a proven musical pioneer whose essence lies in what his fans call, ‘the J00F sound’. The J00F sound is as unpretentious as the artist, and is best described as deep and textured progressively edged trance, in an electronic dance music style that is an antithesis to what is normally produced within the genre.

About Martin Roth:
The Frankfurt born, Berlin based DJ & Producer Martin Roth first arrived in the spotlight of global underground dance music when alongside Eric Prydz and Deadmau5 he was named a Beatport Star of 2009 as a result of topping their sales chart no less than 5 times that year, achieving an incredible 16 Top 10 positions and receiving 3 nominations at the Beatport Annual Awards for his productions.

About Fred E:
Having been inherent to the underground house music culture since the mid-nineties Fred E’s innate zeal for music has gained everlasting momentum. Early appreciations for the sounds and influences of house and trance from Chicago, Berlin to Holland has drafted a framework for a focus on innovation and musical evolution.Having played in the top clubs and bars around the region, Fred has also played with international DJs like John 00 Fleming, Stoneface & Terminal, Sean Tyas, Solarstone, Omnia, Rinaly and First State. Currently resonated as one of Singapore’s most circulated names in the trance nightlife circuit.

About Aaron Sim:
Aaron Sim is a Trance DJ & Producer from Singapore. His singles and remixes have gained international support from artists such as Marlo, Roger Shah & DJ Feel. The success of his latest track “Eternity” released on Roger Shah's Magic Island Vol 8 has driven him to consistently produce quality tunes. And his next single has already been scheduled for release on Magic Island Vol 9.Known for his selection of uplifting and energetic Trance music, Aaron Sim has become a familiar name within Singapore and Asia.

TEMPLE OF TRANCE: Featuring John 00 Fleming & Martin Roth will be held at Beerfest Asia 2019 .
“Ignition” is a 4 days extravaganza with different entertainment theme daily. For more information on other nights, please contact info@beerfestasia.com